After a mild slowdown in October, the global air freight industry saw promising signs in November, with an 8.8 percent increase in FTK demand compared to the previous year. 2017 had featured strong air freight statistics, but many experts feared that growth was coming to an end. November’s increase suggests that the industry will continue to expand into 2018.

While there are many different ways to measure air freight growth, virtually all show positive signs. Along with a global FTK demand increase of 8.8 percent, there was also a worldwide increase in freight capacity of 4 percent. Likewise, load factor increased by 2.2 percent.

What is most remarkable about this growth is that it is happening consistently across the globe. Every region in the world saw a substantial increase in FTK demand. The region with the least growth was the Middle East, which posted a still-strong 6.6 percent increase; on the other side of the spectrum, Africa saw a staggering 17.5 percent increase. Likewise, freight capacity expanded in every region, with growth rates ranging from 1.2 percent in Asia-Pacific to 24 percent in Africa. The air freight boom is thus not limited to one country or region, but is benefiting all of humanity in large measure.

The Complex Causes of Increased Growth

Like most fields of business, growth in air freight is cyclical. The longer that the industry has been expanding, the more likely it is to stagnate or contract. It made sense, then, for experts to predict that the high growth seen earlier in 2017 would die down by the end of the year. The fact that it didn’t suggests that there are positive economic trends across the globe that bolster the demand for air transport. 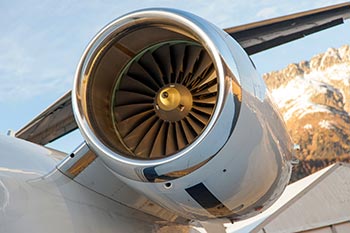 One likely explanation is the increase in trade between African and Asian countries. Given the great distance separating these two regions and the variety of products traded between them, such commerce depends on reliable air and maritime transportation. This would also explain why growth is higher in Africa than in any other region.

Besides trade between Africa and Asia, this growth may also be the result of a strong US dollar. This gives importers in the United States an incentive to buy and bring in more products from other countries, thereby raising demand for inbound air freight. Likewise, the growing strength of the euro has helped European manufacturers to increase their exports, while the economic recovery of Brazil has provided a boost to trade in Latin America.

In addition to these local trends, the freight industry benefits from a global development: the growth of ecommerce. Consumers all across the globe are using the Internet to order a wider range of products more conveniently and affordably than ever before. This has bolstered demand for shipping across international lines, offering air freight companies the world over a steady source of business.