Duluth Deliveries: Air Freight Service Duluth & All Of Minnesota Can Count On.

“What are Duluth’s major industries?” is a trick question; what you should be asking is “what aren’t Duluth’s major industries?” This city of 85,000 has the peculiar habit of specializing in all the most important economic fields of the day, whatever those fields might be at any moment in history. For much of the twentieth century, Duluth was a center of coal production and distribution, supplying Americans with power back when fossil fuels were the energy source of choice. Now, as renewables are on the rise, Duluth has staked itself out as a center of wind turbine production, helping America transition to a cleaner and more sustainable form of power. The town is also a center of trade and shipping, thanks to its strategic location along Lake Superior, as well as a hub of aviation, brewing, furniture production, and more!

Having all these industries in one place has given Duluth an outsized economic role. Not only does Northern Minnesota depend on it, but so too do the Upper Peninsula of Michigan, large portions of Wisconsin, and much of the American Midwest. This importance has helped put Duluth on the map, but it also raises the stakes of its activities, as even the slightest production issue could jeopardize the regional economy. That’s a lot of pressure to put on one city!

AirFreight.com helps take some of the pressure off. An expedited delivery broker, we coordinate supplies into Duluth whenever its suppliers fail to make a delivery. These services provide a crucial backstop to the city’s critical production activities and ensure that local businesses are prepared to weather any shortfall. With our help, Duluth and the rest of Minnesota stay stocked, and all of the Midwest stays prosperous. 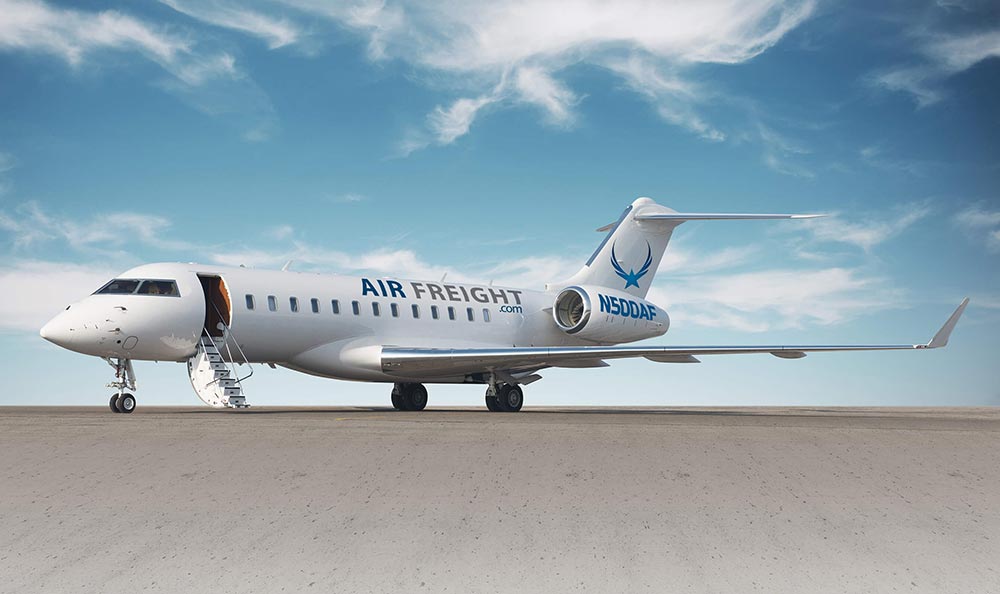 AirFreight.com has had years to get to know Duluth, as well as other communities in its economic orbit, like Brainerd, Minnesota and Superior, Wisconsin. By serving the many businesses in these communities when they have most needed our help, we’ve become familiar with the shipping mishaps that such a multifaceted economic region faces. We’ve seen how heavy industries, desperate to get their supplies in time to meet tight schedules, block each other's attempts to ship over the same roads or land at the same airports. We’ve witnessed the chaotic role that storms and other weather events play, particularly in states like Minnesota and Wisconsin with such famously harsh winters. We’ve taken all these issues into account and developed a comprehensive strategy to deal with them.

Our strategy begins with networking. Duluth businesses get their supplies from a wide range of locations, many in the most distant regions of the United States or even in other countries. When their standard suppliers drop the ball, it’s not always easy to get out to those locations in time to avoid interrupting production. AirFreight.com avoids any need to “get out” to those places, because we’ll already be there to start with! We’ve recruited drivers and vehicles from every community in the United States, Canada, and Mexico, weaving them all together into one massive continental network. Whether you’re shipping from Jalisco, Honolulu, Hanover, or Halifax, our trucks will never be more than two hours away. They’ll reach your supplies in as many hours and load them up; they’ll then drive to Duluth or to the airport, where we will have scheduled a flight into the Duluth area. If the latter, we’ll send a truck to the receiving airport so that it can drive your supplies the rest of the way once they’ve landed.

Along with networking comes planning. We leave as little to chance as possible during your delivery. Our centralized coordination team lays out all the different factors relevant to choosing a quick ground or air route— physical distance; speed limits; weather forecasts; traffic patterns; maintenance schedules; and more. Our goal is to make sure that no closed roads, no winter snowstorms, no traffic jams, and no broken landing pads catch us by surprise. We’ll plan you a delivery route where you won’t run into any of these issues, but that will still get you your goods well within 24 hours. You can count on us to get the job done both quickly and reliably.

In addition to coming up with nigh-foolproof plans for your order, we also carry those plans out as fast as is safely possible:

Finally, AirFreight.com keeps detailed tabs on your order from the moment we take it on all the way until you’ve received it. By outfitting our affiliated vehicles with the latest tracking technology, we’re able to know their precise location at every moment; our airline partners provide us with similar information on the location of their flights. By viewing this information in tandem with the latest traffic and weather reports, we make sure that if any potential disruption or delay should arise and threaten to block your items, we’ll know immediately. Armed with this information, we can direct your truck onto a different route, transfer your order to a different connecting flight, charter a whole new flight, or otherwise take action to avoid delay.