When it comes to customer satisfaction Southwest Airlines has been dominating surveys, polls and awards for many years receiving passenger accolades far more frequently than other longer-established U.S. carriers. Now the airline is generating even more fanfare for their North American air cargo operations that continue to expand.

The Southwest Airlines story dates back to 1967 and they adopted their current name in 1971, what has happened in the intervening time is nothing short of remarkable. In 2011 the airline reached the summit by carrying the most domestic passengers of any U.S. carrier and as of today more than 45,000 employees operate some 3,400 scheduled flights daily.

Air Freight has become a growing part of the success story for Southwest in no small part due to their network which now serves almost 100 cities across the country but there is more to the growth than just expanding coverage. Southwest Airlines must be especially proud of the recognition they receive from the flying public but also the air cargo industry itself. 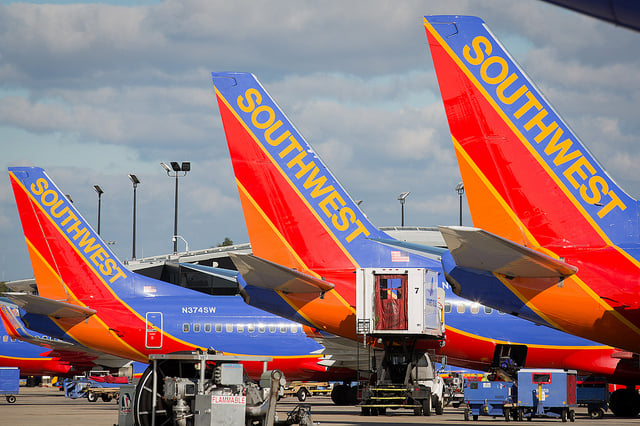 In addition to winning the Airforwarders Association's (AfA) "Domestic Carrier of the Year" award again for the sixth consecutive time, they hold an even more impressive record when it comes to logistics. In receiving the recent Express Delivery and Logistics Association's (XLA) awards for "Domestic Airline of the Year" for the 15th year in a row it's a strong testament to the daily air freight operation. Matt Buckley, Southwest Airlines' Vice President Cargo & Charters stated;

"We are proud of the level of excellence consistently achieved by our people across the Southwest Airlines network. We are honored to win these awards, and our focus remains ensuring our customers receive the best possible experience when choosing Southwest Airlines Cargo."

As with all the best stories, it will be interesting to see what the coming years bring for the Dallas-based carrier.

Some source material for this article courtesy of aviationpros.com.